If frown lines between your eyebrows have you down, let Dysport bring you back up! Dysport is a safe, easy and effective non-surgical treatment that will smooth your glabella lines in just one short treatment.

Glabella  lines are the vertical lines that develop between your eyebrows as collagen is broken down as a result of aging and continued muscle contraction. When these lines become visible even during relaxation, and are rated moderate to severe by your doctor, it may  be time for Dysport.

During  your ten to twenty minute appointment, a doctor will disinfect the injection site, then inject five key points around your eyebrows to prevent muscle contractions from occurring in those areas. Our precise injection method means that the appearance of your  frown lines will be drastically decreased, but the natural movement patterns of your face will remain the same. This means that your frown lines will disappear without any disruption to your regular ability to express emotion. After your appointment, most

patients will see improvement in their glabella lines in two to three days, and those improvements can last up to four months. Because this treatment is non-invasive, you can return to normal life right after the appointment.

Why  choose Dysport rather than Botox? Dysport and Botox use variations of the same chemical to smooth wrinkles and fine lines, however, they produce different results. Dysport takes effect faster than Botox, boasting a two to three day activation period. Alternatively, greater amounts of Dysport may be required to treat an area than a Botox treatment on the same area.

Receive exclusive offers and the latest news on our products and services! 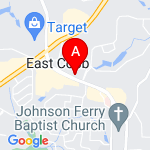 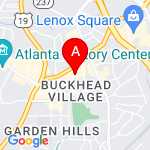